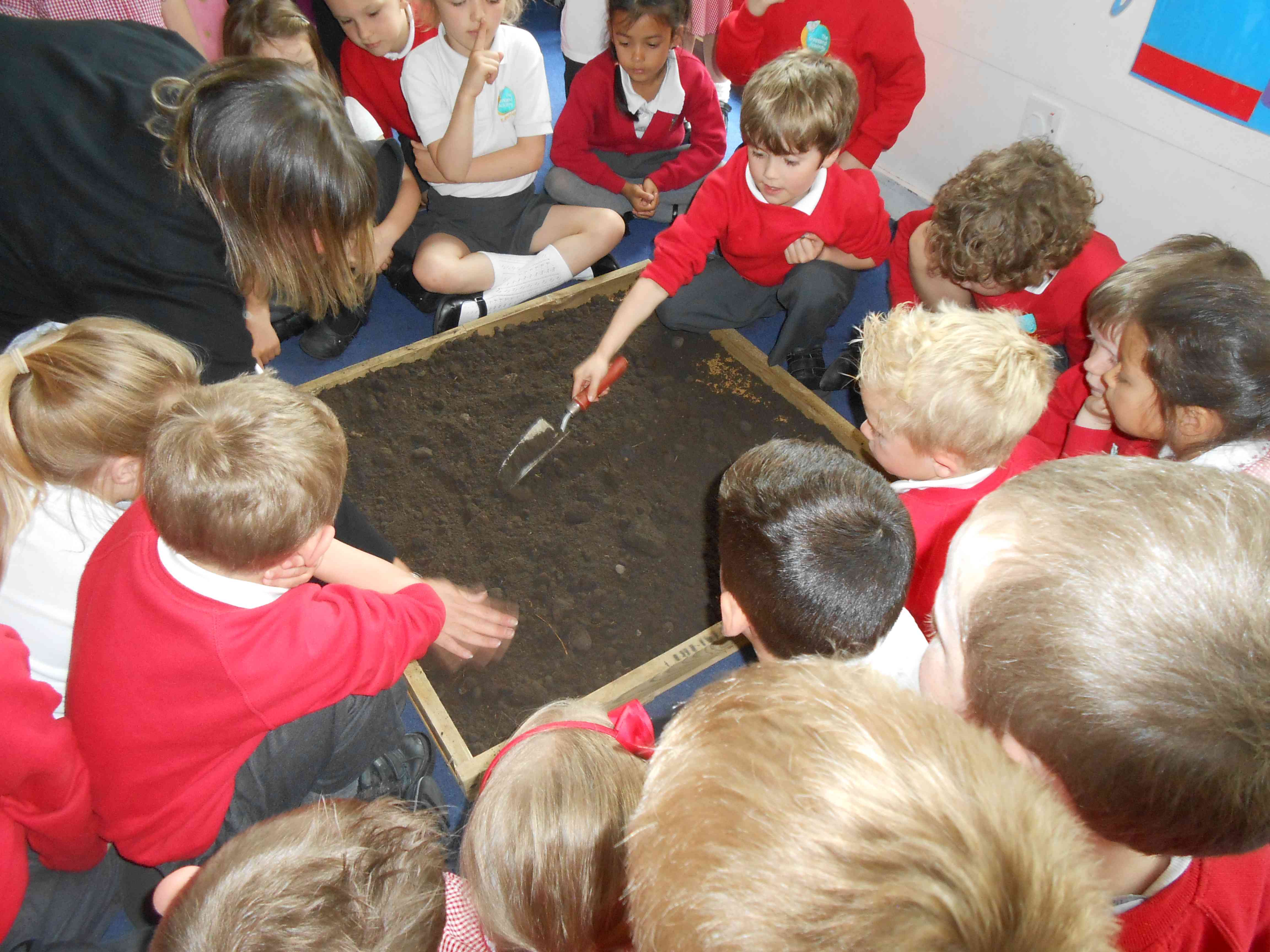 You may have seen some of the awe-inspiring Fields of Vision large scale art installations popping up along the Tour de France route, but you might not know that children in Calderdale have been working on their own mini Fields of Vision project.

24 schools in Calderdale have been involved in the project, creating a small piece of artwork in a turf tray, as part of the Yorkshire Festival 2014 – the first ever arts festival to precede the Tour de France in its 111 year history. The children at each school have designed a two-tone image, which has been recreated in two different coloured grasses.

The designs are now ready to be displayed. Every tray will be collected and displayed together at the Spring Rock pub in Greetland from Friday 4 July.

As part of the project, Children at Greetland Academy have been busy preparing two boxes. Pupils in class 4 and class 11 chose their designs after a discussion about what they thought represented the Tour de France. Class 11 chose to create a polkadot jersey, and the class 4 gardening club voted for a bicycle design, after each child drew their idea and gave a short presentation. The winner, Harvey Ozolins, aged 6 said of his design:

Light and dark seeds were planted to create each design. Worth Valley Young Farmers, one of the partners in the Fields of Vision project, supplied everything needed to take part. The topsoil that the schools used was provided free of charge by Yorkshire Water, as well as a helpful tutorial on YouTube.

“It has been a fantastic opportunity for the children to show their inner gardener (we all have one) whilst celebrating the Tour de France coming to our village. They have only previously grown produce to eat and this allowed them to see that gardening can be an artistic skill. The children are proud to produce something that the wider community can enjoy. We are all so excited to see the end result.”

Now Calderdale Council will collect the finished works together, to create a patchwork quilt of Mini Fields of Vision projects.

“It’s great that so many of our schools felt inspired to get involved in the mini Fields of Vision project. Once collated, the completed designs are likely to be seen by hundreds of people, which I’m sure will make the children very proud. They’ve also been able to learn about the science of growing turf, creating a living piece of artwork.

“The whole Fields of Vision project will provide a stunning backdrop to the Tour de France, as it cycles through the region. I’m so pleased that so many Calderdale children were able to be involved in such a high profile event.”

The project is part of the Fields of Vision Yorkshire Festival 2014 commission, which is being led by Pennine Prospects and involves a range of partners including Calderdale Young Farmers.