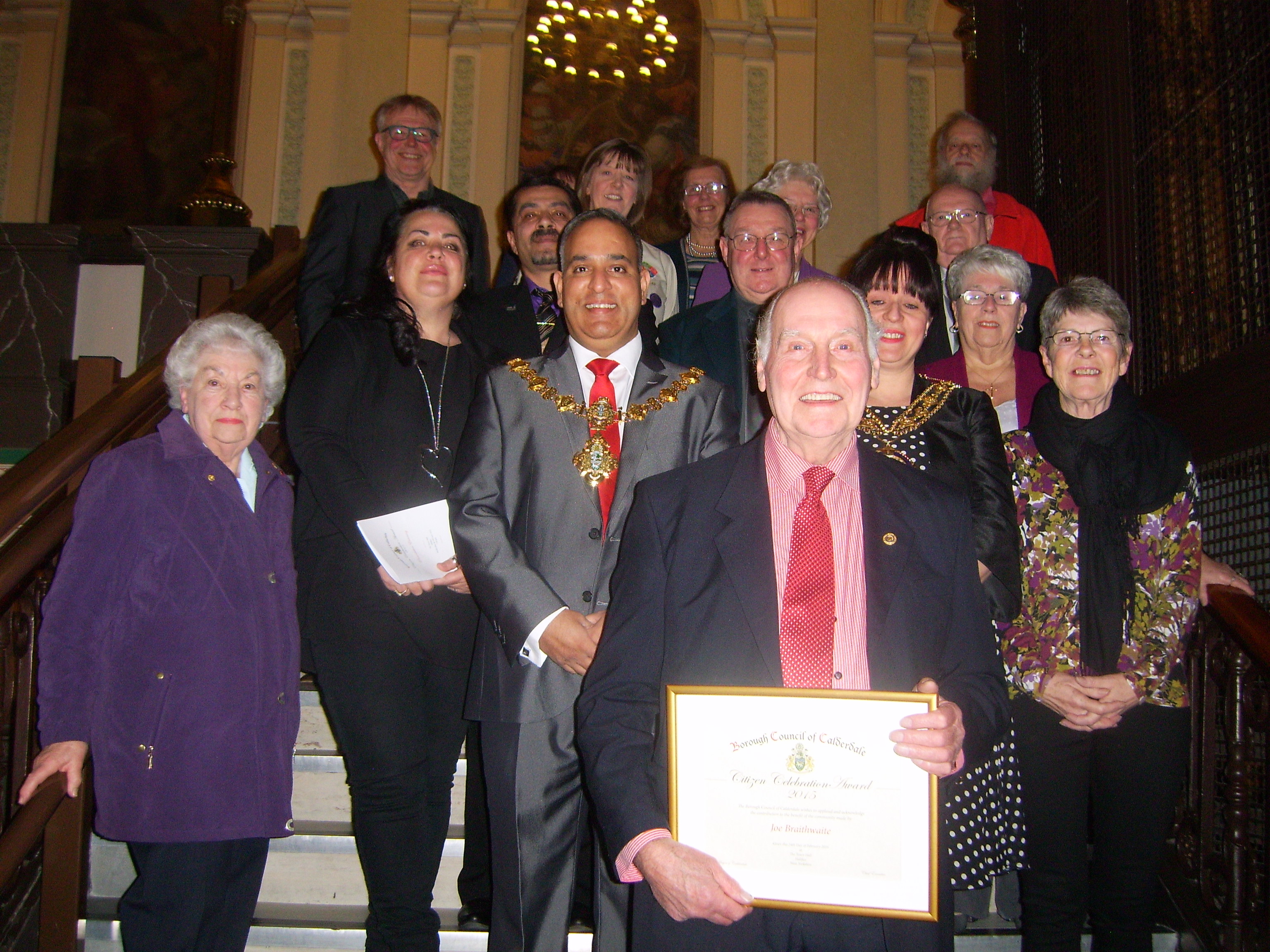 Local heroes who have made a big difference to their communities have been recognised by Calderdale Council at an award ceremony at Halifax Town Hall.

Residents in each ward in Calderdale have been busy nominating their local stars, and the winners were chosen by ward councillors at their area’s Ward Forum. Each ward’s winner then went through to the shortlist for the borough-wide Calderdale Citizen Celebration Award.

This year’s list of nominations included support groups, exceptional neighbours, tireless volunteers and community wardens. Each ward put forward a very deserving nominee, but this year’s winner was Joe Braithwaite, who was nominated from the Elland ward.

Joe is chairman of the Elland and District Partnership and works tirelessly to make Elland and the surrounding district a better place.

Some of Joe’s projects include the organisation of floral displays in Elland (annually recognised by Yorkshire in Bloom), planting in the town from spring bulbs as well as arranging Elland’s annual Christmas events, tree lights and carol singing.

Joe was awarded his winning certificate by the Mayor of Calderdale, Cllr Lisa Lambert, along with prize money of £250, which will be used for a community project of Joe’s choice.

“It was a real honour to present the awards to the nominees for the Calderdale Citizen Celebration Award and I’d like to congratulate Joe, a very deserving winner.

“Of course this is just a snapshot of the many groups and individuals who make a difference in Calderdale. Hearing all the nominee’s stories made me very proud to be from Calderdale and among such inspiring community heroes.”