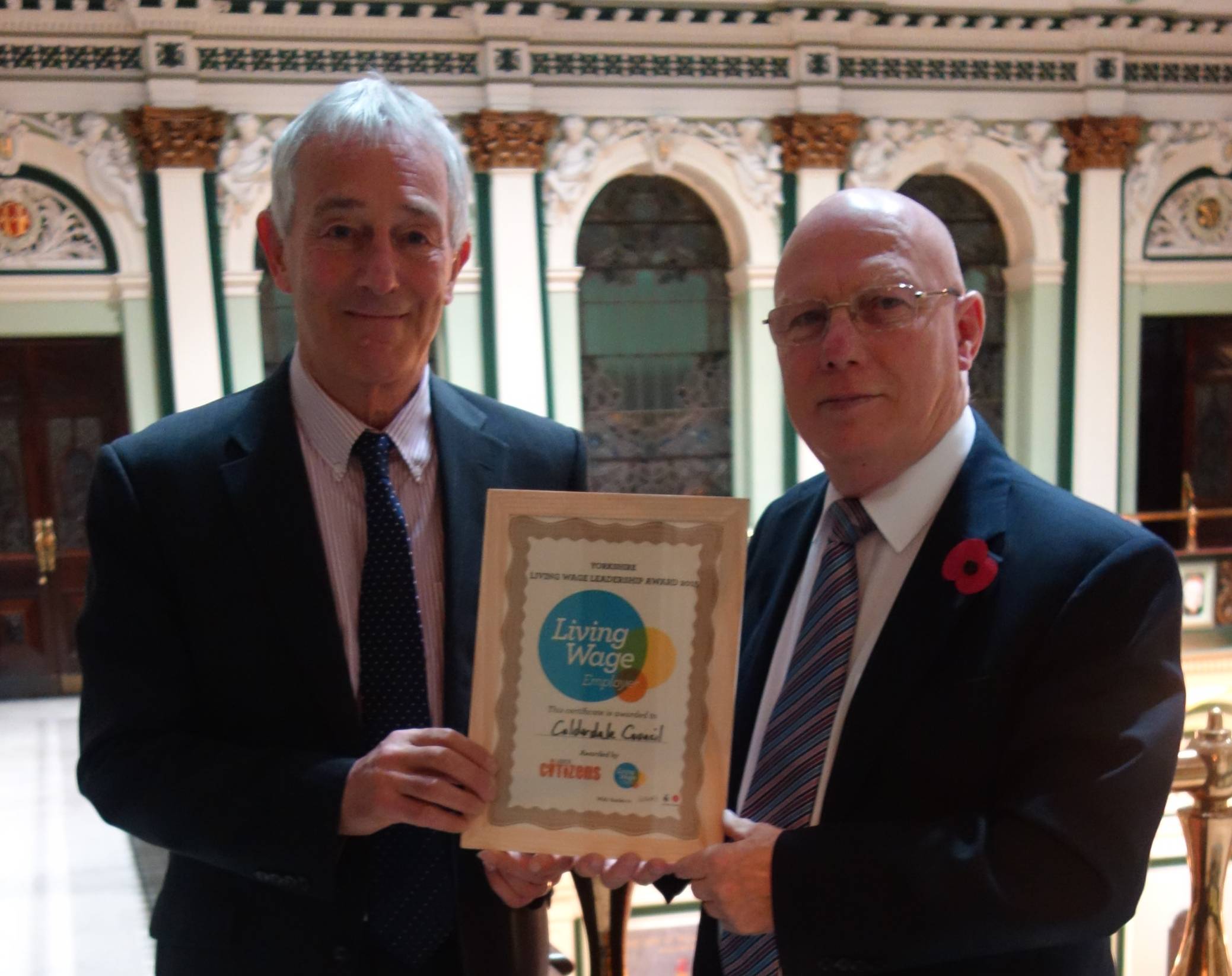 It’s national Living Wage Week (1 – 7 November) and Calderdale Council has been awarded for leading the way in paying the Living Wage to its employees.

This comes after Calderdale became the first council in West Yorkshire to be accredited as a Living Wage employer by the Living Wage Foundation in June 2015. Since April 2014, everyone working at the Council receives a minimum hourly wage of £7.85 – significantly higher than the national minimum wage of £6.50.

Living Wage Week is a national celebration of the Living Wage. During this time, the Living Wage Foundation is recognising the contribution that the Council and other organisations have made to industry and the wider community by becoming accredited Living Wage employers.

The Council received its award from the Living Wage Foundation at an event on Tuesday 3 November at St George’s Centre in Leeds.

Alongside the awards, the event included an open discussion led by industry experts providing insight into the Living Wage and issues around low pay. The event was Big Lottery funded through the Second Chance Programme and delivered by Path Yorkshire.

“In our view, paying people fairly leads to a happier, healthier and more productive workforce. The Council’s aspiration now is to encourage all local employers, whether public or private, to pay the Living Wage.”

The Living Wage is an hourly rate set independently and updated annually. It is calculated according to the basic cost of living using the ‘Minimum Income Standard’ for the UK. Decisions about what to include in this standard are set by the public; it is a social consensus about what people need to make ends meet. Employers choose to pay the Living Wage on a voluntary basis.