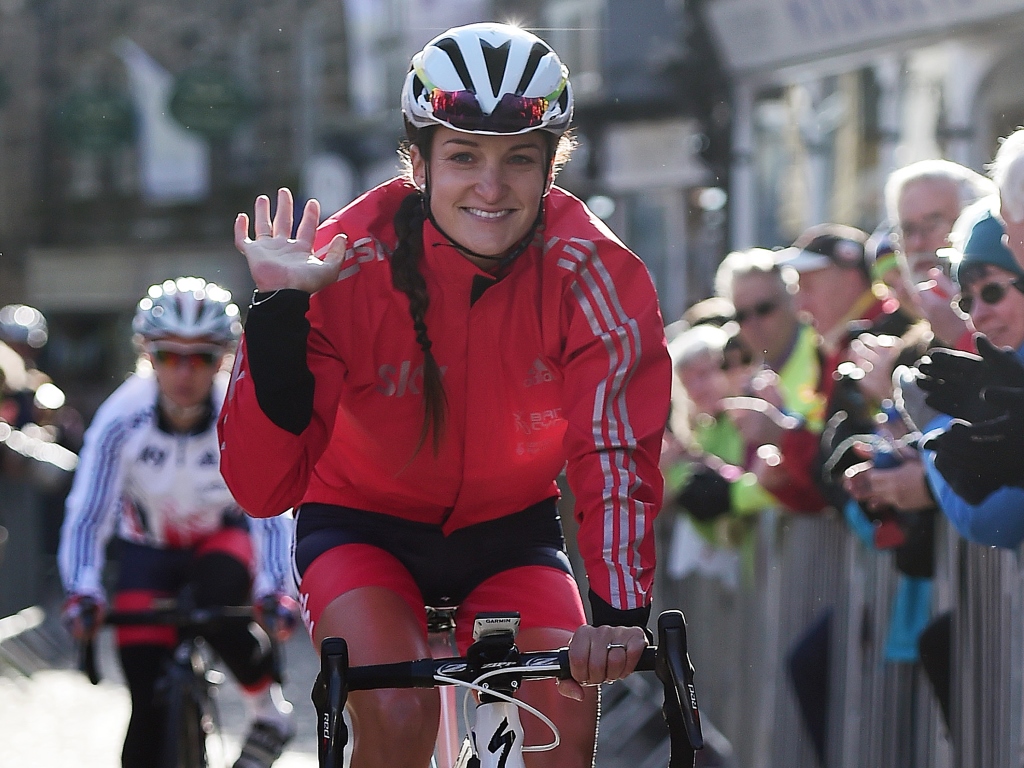 Lizzie Deignan is the latest star rider to confirm her attendance as the 2017 Tour de Yorkshire is now just 50 days away.

Deignan (née Armitstead) will return to her home county for the Asda Women’s Tour de Yorkshire on Saturday 29 April, which will see the world’s best riders tackling a tough 122.5km route from Tadcaster to Harrogate.

The 2015 world champion revealed she got goose-bumps when she lined up for last year’s race in her native Otley. The 28 year old finished on the same time as eventual winner Kirsten Wild after her brave late attack was cancelled out by the peloton.

Deignan – who will compete with her Dutch-registered Boels-Dolmans Cycling Team squad – is hoping to improve on her 26th-placed finish this time around, and the course could suit her with the testing Côte de Lofthouse climb coming at the halfway point in the race.

“I’m really excited to be riding the Asda Women’s Tour de Yorkshire again and am looking forward to being back on home turf.

“Obviously, there’s a lot of racing between now and then, but I hope to be there in good form and able to make my mark on the race.

“It’s a more challenging route this year and that’s one of the great things about the Tour de Yorkshire, that we’re able to compete on the exact same roads as the men.”

As Deignan mentioned, the Asda Women’s Tour de Yorkshire will take place on the same course as the second stage of the men’s race, with the women starting at 09:10am and the men at 14:00pm. The races are likely to culminate in Harrogate at approximately 12:30pm and 17:00pm respectively.

The men’s race will start with a 173km stage from Bridlington to Scarborough 24 hours earlier and culminate with a 194.5km trek from Bradford to Fox Valley, Sheffield on Sunday.

Welcome to Yorkshire Chief Executive Sir Gary Verity is delighted to have unveiled another world-class athlete following the news that Thomas Voeckler will be back to defend the men’s title, and is predicting the third edition of the Tour de Yorkshire to be the biggest and best one yet.

“Lizzie is one of Yorkshire’s top cycling talents and we’re thrilled that she’ll be taking part in the race.

“I’m proud of the fact that we’re able to attract the world’s best cyclists due to the unique benefits our race can offer.

“It’s rare that female riders get to compete on the same course as their male equivalents, and almost unprecedented that their races are broadcast in their entirety like this one will be on ITV4.

“Thanks to our great sponsors we’re able to offer a prize pot of £50,000 as well, which makes the Asda Women’s Tour de Yorkshire one of the most lucrative in the sport.”

Details of all the teams who are competing in the 2017 Tour de Yorkshire and Asda Women’s Tour de Yorkshire will be revealed at Welcome to Yorkshire’s Y17 conference at the York Theatre Royal on Tuesday 21 March. Full line-ups are set to be announced in mid-April.

Details on the Y17 conference can be found at http://industry.yorkshire.com/industry-events/y17(external link)