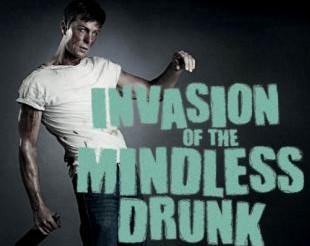 Calderdale Council, with support from the Calderdale Community Safety Partnership, has launched a campaign to raise awareness of the impacts of taking drugs and drinking too much.

Posters and other information, including leaflets and beer mats have been distributed to over 700 local businesses, including pubs, clubs, doctors’ surgeries and health centres with the key message: Don’t let your night out become a nightmare!

The aim of the campaign is to expose as many people as possible across the borough to timely advice to enjoy a safe night out over the festive season. The campaign covers three broad themes: safe driving, personal safety and alcohol related violence.

The campaign will also raise awareness of the impact of driving when on drugs. This is an increasing problem and offenders face the same penalties as drink driving. Driving on drugs puts the individual, passengers and other road users in danger.

“Drinking and driving is a deliberate choice and one that individuals make for themselves. They risk jail, a heavy fine and a driving ban with the possible loss of their job – an endorsement will stay on their licence for 11 years. The worst case scenario is that they cause death and injury to either themselves or others.

Most drink drivers don’t plan to break the law. To make sure you don’t become another statistic, here are several ways you can avoid drinking and driving:

Andrew, 29 from Halifax knows how drinking and driving can have devastating effects. Andrew was banned for driving for 20 months after being charged with drink driving offences in 2012.

“I was out in Sowerby Bridge, I drove in, but had no intention of driving home.” Andrew said.

At the end of the night, Andrew wanted some food, but after finding no where open in Sowerby, decided to drive into Halifax,

Unfortunately Andrew fell asleep at the wheel, hitting metal fencing and turning his car on its roof; amazingly he was uninjured, and got out and rang the Police. He was subsequently arrested and spent the night in Police cells.

“I never want to spend a night in cells again – very grim. The realisation hit when I had to explain to people what had happened.

“I was banned for 20 months. It didn’t feel great having to be picked up all the time. I felt like a burden. I had to get lifts everywhere.”

It wasn’t just the travelling problems that Andrew encountered; it affected his personal life as well.

“My girlfriend at the time lived in Rochdale, it just fizzled out – a lot to do with the travelling.

“It cost me a fortune too. My car was a write off, and I had to pay to repair the metal fencing I hit, plus the fine for the offence. All together I think the takeaway I wanted ended up costing me £3,000!”

To reduce the ban, Andrew went on a drink/drive awareness course.

“It was a real eye opener and very worthwhile. One of the main things I took from it was how alcohol stays in your system a lot longer than you think. There were people on the course who’d lost their jobs – I was lucky I didn’t.

“I have got a criminal record now though, and the offence will be on driving licence for 11 years. If I wanted a new job, and especially if it involved driving, it would go against me.

“The whole thing was just embarrassing.  It massively affected my life, and I have massive regret.

“My message to others this Christmas is ‘definitely don’t drink and drive. Educate yourself – you might not know you’re over the limit. Don’t take your car out with you – then you won’t be tempted to drive’”