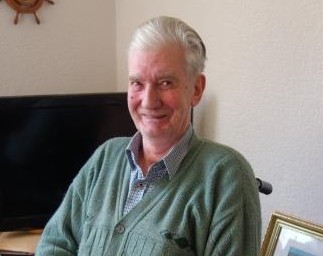 After a stay in hospital, some people find it difficult to return to their home, particularly those who have suffered a stroke or fall. Calderdale Council’s Home from Hospital service aims to assist residents return home following a stay in hospital.

The project was initially set up as a 6 month pilot, but due to its success and the positive feedback received, the project was extended for a further 6 months, and is continuing to support those leaving hospital.

As well as assisting over 200 people who had been admitted to hospital, the service has saved over £300,000 across the Health, Social Care and Housing economy. This has been achieved by raising the awareness of what housing solutions are available, from relocation to adaptation and improvements.

The project officers work closely with the patient, their family and other professionals to advise them on the best options; whether this is arranging for grab rails to be fitted at homes where needed, or dealing with more complex needs, such as finding a new home.

The coming year will see the Home from Hospital service evolve further as lessons are learnt from the first 12 months. An exciting new venture is the Heatherstones project – a development of apartments aimed at supporting people between leaving hospital and returning home.

The Heatherstones step forward accommodation would give people a safe and accessible place to recover before returning home. Care, support and housing advice would be provided on site to suit the needs of the individual, to help them regain full confidence and independence.

“The Home from Hospital team provide an excellent service, which has not only been praised by those needing the team’s help, but has also saved the Council a significant amount of money.

“The lessons learnt from the Project will be invaluable in shaping proposals for the new Heatherstones development, ensuring that an efficient and helpful service is provided.”

“I’m delighted that the Home from Hospital Project has been so successful. The feedback has been extremely positive, both from hospital staff and social workers, and also from clients.”

One customer was Calderdale resident, John Greenwood, 76 from Walsden, who found the service very helpful.

On 8 August 2012 John was referred to the Home from Hospital service by an Occupational Therapist at Huddersfield Royal Infirmary, after his leg was amputated below the knee, following an infection.

He previously lived in a farm house, but this was assessed as unsuitable for adaptations. After periods of time temporarily living at Brackenbed View care home in Halifax, and Ferney Lee residential home in Todmorden, John was advised of a flat in Walsden, which was nearer his family. He accepted the flat in September, and moved in the following month.

John spoke of his experience:

“I lived in a farm house before the operation, but there was no way I could manage there with a wheelchair… I came and looked at the flat in Walsden, and I didn’t need to see anywhere else.

“Without Home from Hospital I wouldn’t have known what to do.”

John was confused coming out of hospital, and felt he couldn’t have got in touch with anyone on his own, and wasn’t sure where to get help. The Home from Hospital service provided him with the support he required, and made his case a priority – making sure that John was comfortable and happy with his new surroundings.

“I was offered places around Halifax and Mytholmroyd, but Walsden was perfect.”

The Council supported John through the whole process, and after receiving physiotherapy he had a prosthetic fitted, and John now has his independence back.

“I manage ok in my flat, and do everything myself. I’d give the Home from Hospital team an A1 rating…They were very efficient, straightforward and good. I would definitely recommend the service to other people.”

For more information about the services available, contact 0845 245 6000 or for queries email homefromhospital@calderdale.gov.uk