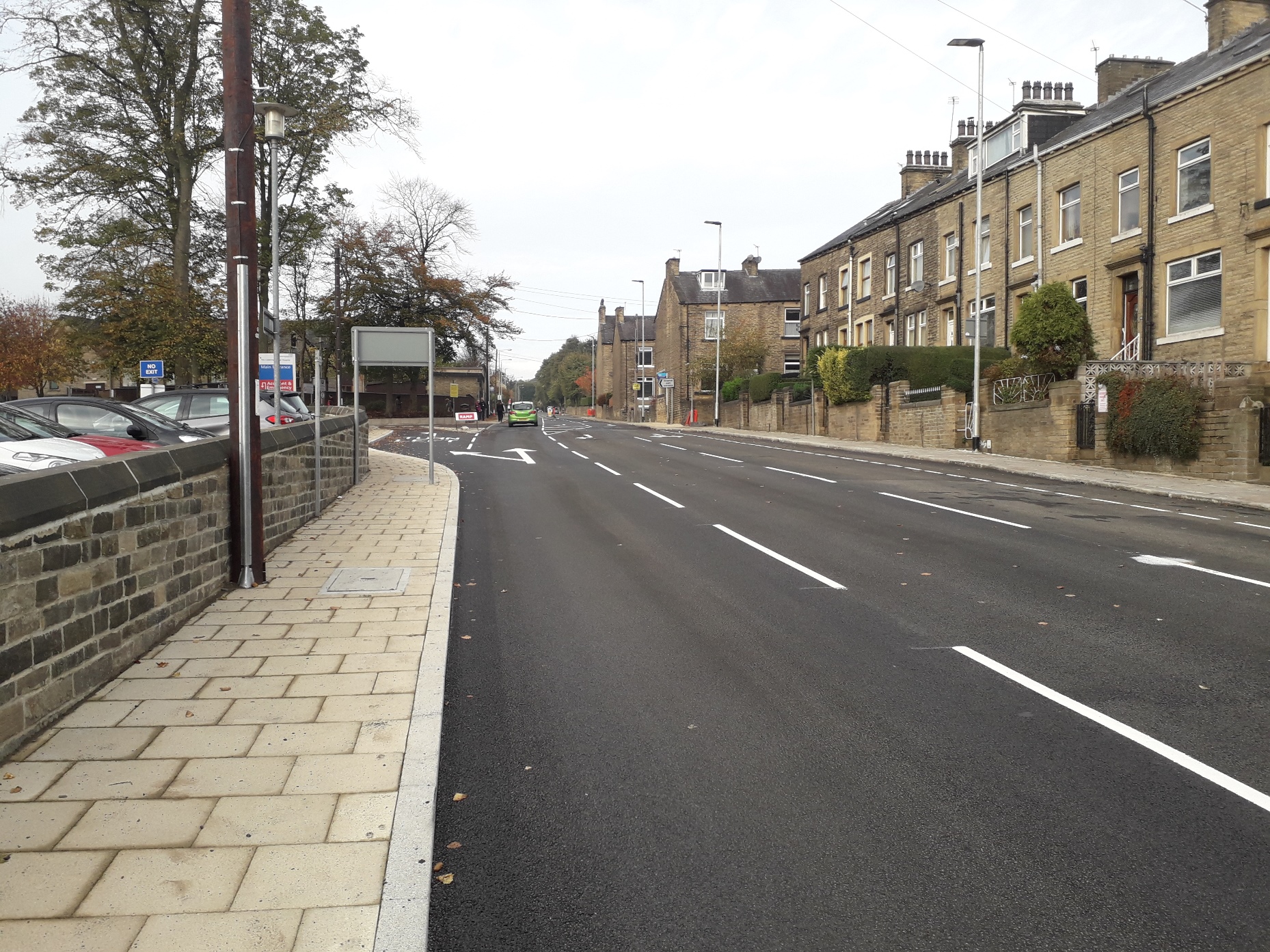 The A629 Salterhebble to Shaw Hill transport scheme is entering its final stages with the recent completion of work at Dryclough Lane.

Major access improvements and junction remodeling at Dryclough Lane have helped to deliver improved and safer walking, cycling and public transport journeys, and reduced congestion along the A629 corridor.

New traffic signals have also been installed, which will communicate with each other via smart technology. The signals, when optimised, will be responsive to traffic conditions and make a significant improvement to traffic flow throughout the area.

The final phase, over the next few weeks, will see completion of the resurfacing work up to Falcon Street and on Salterhebble Hill. After completion of the Salterhebble phase, works will be left in a position to continue seamlessly with the next phase of A629 corridor upgrade programme, which is focused upon the Calder and Hebble junction.

“The Salterhebble element of the overall A629 project has been an immense engineering challenge and I’m delighted to see it now entering its final stages.

“Once complete, the new layout will provide better management of current traffic flows, whilst also accommodating future growth and improving facilities for pedestrians and cyclists.”

“Through our £1 billion West Yorkshire-plus Transport Fund, the Combined Authority has committed £150 million of investment into schemes such as the A629 improvements, to support inclusive economic growth and the creation of new jobs across West Yorkshire and the Leeds City Region.”