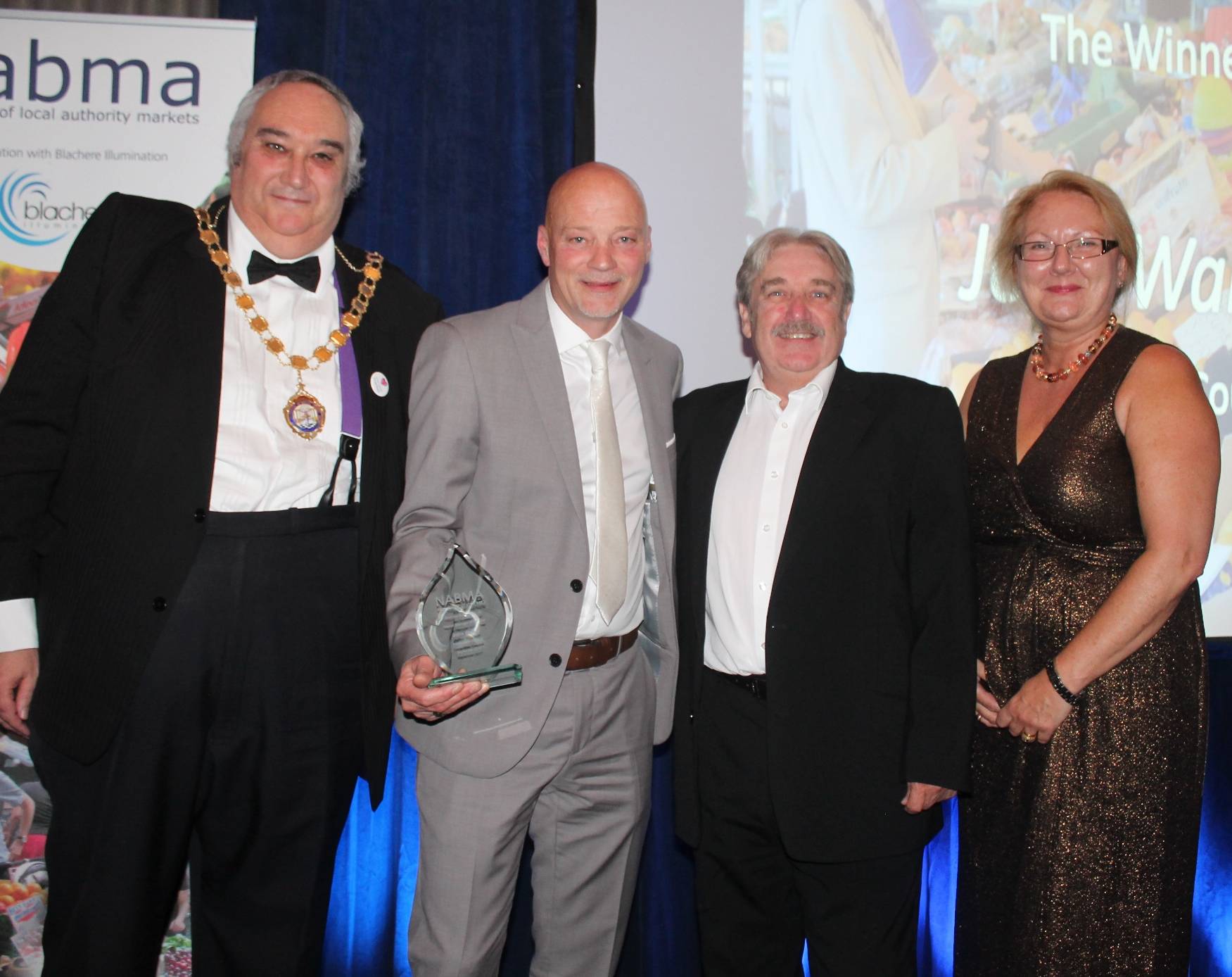 John Walker, the manager of Calderdale Council’s markets, has been named the country’s Market Manager of the Year at the National Association of British Market Authorities (NABMA) awards.

The prestigious award was announced at NABMA’s annual conference on Monday 18 September 2017, which nearly 200 people from the markets industry attended.

John has worked for the Council’s markets service for over 30 years and is passionate about the success of all of the borough’s markets, which have an excellent track record for national awards. Previous wins include NABMA’s Market Team of the Year award and Best Small Outdoor Market title, which Hebden Bridge Market received for its important community role after the 2015 floods.

The latest award comes in the midst of a range of repairs and improvements at Calderdale markets. The Council is investing over £500,000 in roof repairs at Todmorden Market Hall and Halifax Borough Market, as well as the restoration of the historic gates at the Borough Market. The improvements at Todmorden Market will be celebrated at a special event there in the next few weeks.

“We’re delighted for John – his award is a real achievement and proof that Calderdale’s markets are on the national map. John and his team do a fantastic job of ensuring our markets are vibrant and inviting places where people want to shop, trade, eat and meet.

“This is a really exciting time for our markets, which we’re investing in as part of a whole range of developments across Calderdale to boost visitor numbers and the economy.”

“This year we have had an exceptionally good set of nominees for Market Manager of the Year – and many of them would deserve the accolade. The quality and range of the endorsements received is staggeringly impressive, which bodes well for the future of the markets industry. So it has been a difficult decision to reach.

“But this man is one of the cornerstones of the markets industry, someone who has had an especially keen interest in ensuring the well-running of markets for over 30 years and who has managed one of the North’s metropolitan markets portfolios for over 13 years.

“His local achievements have been in raising the quality and the profile of his market halls and open markets, in demonstrating how markets as a business are vital to their town centres and in creating markets business solutions throughout the community.

“His successes have been in creating initiatives for bringing young people into markets, creating linkages for partnering and supporting community organisations, in regenerating market infrastructure and in constantly facilitating others through management of the NABMA Forum and in his significant assessment role for the Diploma in Market Administration.

“NABMA, Calderdale Council and the markets industry have much to thank him for.”