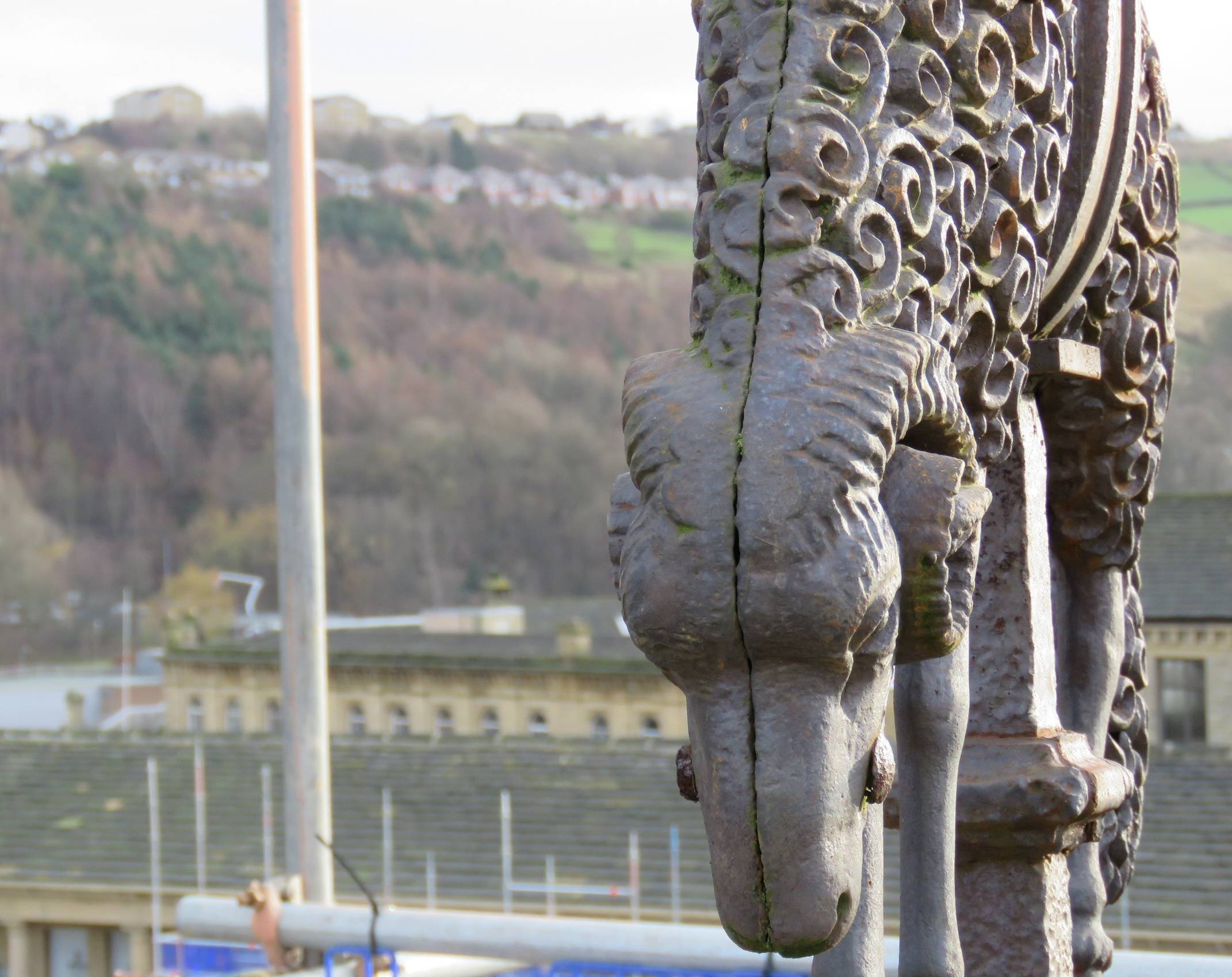 Visitors to the Great Yorkshire Show will get a unique opportunity to take a closer look at the Piece Hall weather vane, as it will be available to view at the stand of the Worshipful Company of Blacksmiths.

The weather vane was removed from the Piece Hall’s west gate as part of the planned programme of conservation which is a key element of the Council’s £19 million transformation project. The Piece Hall Transformation is being funded by Calderdale Council and the Heritage Lottery Fund with further support coming from the Garfield Weston Foundation and the Wolfson Foundation.

Housed within a wooden cupola above the west gate of the Piece Hall, the weather vane comprises the points of the compass, an arrow indicating the wind direction, plus a sheep representing the Piece Hall’s strong links with the wool trade. The symbolism of the sheep is likely to relate to the enormous importance and value of wool to the Piece Hall and Calderdale more widely. The image of the sheep, combined with references to St John the Baptist form Calderdale’s coat of arms, can also be seen on the Piece Hall’s recently conserved south gates.

The pieces have been removed so they can be sensitively restored in accordance with the available historic evidence. The work is being undertaken by Ian Baxter, who was commissioned by main contractor GRAHAM Construction

“The Piece Hall is unique and one of the most important aspects of its transformation is to make sure that we carefully conserve the historic fabric of this magnificent Grade I listed Georgian building.

“The conservation and repair of the weather vane is one small example of the detailed work, by specialist and heritage tradespeople, during the transformation programme in order to restore this beautiful building, both for our enjoyment and that of future generations.”

As part of the programme of conservation, new letters have been made for all points of the compass, and gold leaf has been applied so that they will draw people’s attention to this beautiful heritage feature.

The sheep, which is made from cast iron, is being cleaned and painted in accordance with the original colour scheme, to pick out the details such as the feet and horns and the belt.

Two scrolls and a flag were missing from the weather vane but there is photographic evidence which will allow for them to be reinstated.

“An extraordinary level of craftsmanship and skill has been required to match the original, intricate details and restore the Piece Hall to its former glory whilst staying true to the history and character of the building.”

Once the restoration has been completed the weather vane will be returned to the cupola, to stand above the west gate of the Piece Hall for centuries to come.