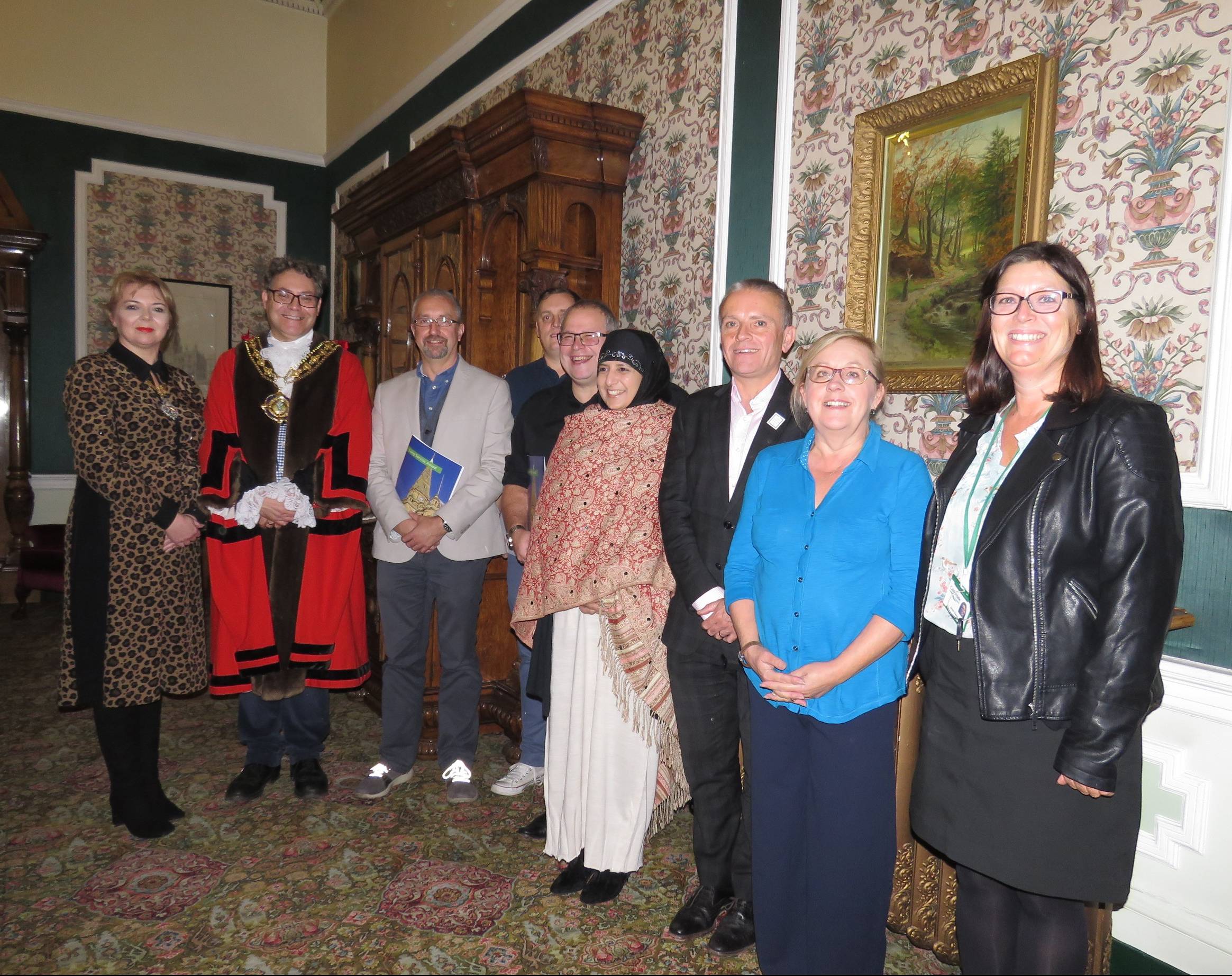 Calderdale Council has recognised the hard work of its long-serving staff at its annual Long Service Award ceremony.

Six employees who recently reached the milestone of working for the Council for 25 years received their Long Service Awards at the event.

The Mayor of Calderdale, Cllr Marcus Thompson, hosted the celebration at Halifax Town Hall on Tuesday 9 October, commending staff for their dedication.

“It was a privilege to pay tribute to our long-serving employees, who have shown so much commitment to the Council over the last 25 years. They do a fantastic job day in, day out, making a difference across our local communities.”

The staff who attended the ceremony are:

Shakkela’s career has been focused on helping to boost young people’s confidence and self-esteem. She started with the Council in 1993 as a Youth Work Development Project Worker, and has also worked in the Youth Offending Team and at Forest Cottage Community Centre. Last year Shakkela became Team Leader for North and East Youth Work and Voice & Influence Team.

Ali came to the Council in 1993 as a Teacher of the Deaf, after carrying out voluntary work in orphanages in Romania. She has worked as a Resource Base Co-ordinator and Co-ordinator of the Hearing Impaired Team, and now works across the Sensory Team as a whole. Ali has seen many changes over the last 25 years, especially in technology and in the role of supporting deaf and hearing impaired children and their families from diagnosis until leaving school. Her next chapter at the Council will involve supporting 18-25 year olds.

Chris started out at the Council in 1983 as a Benefits Assessment Clerk and worked in the role for two years. In 1993 he returned to the Council as a Benefits Advisory Clerk, supporting local people with their benefit applications. Chris was later promoted to the role of Charging Assessment Team Leader, and last year moved to Adult Services.

In 1993 Jane joined the Council’s Income team and was promoted twice in nine years. Jane is currently Finance Manager and is responsible for schools funding. This includes supporting maintained schools to account correctly for their expenditure and income. In 2006 Jane gained the Chartered Institute of Public Finance & Accountancy (CIPFA) qualification.

In 1993 Robert became an Apprentice Offset Printer at ISCAL, the Council-supported coaster factory. A year later, Robert qualified with a City & Guilds in Graphic Communications and Reprography and continued to work in printing and reprographics with ISCAL. In 2002 Robert was promoted to Assistant Operations Manager and in 2017 he became a Production Manager. He is also a first aider and a fork lift truck driver.

Andrew’s first introduction to the Council was when he enrolled on the Youth Training Scheme. Andrew’s work placements were varied; firstly in the Lettings Unit, then at Park Wood Crematorium and finally at West Vale Civic Hall. His first job was at Shelf Village Hall, he has been a porter at Halifax Town Hall and is now a Facility Support Officer, providing an important supporting role in a number of Council offices.