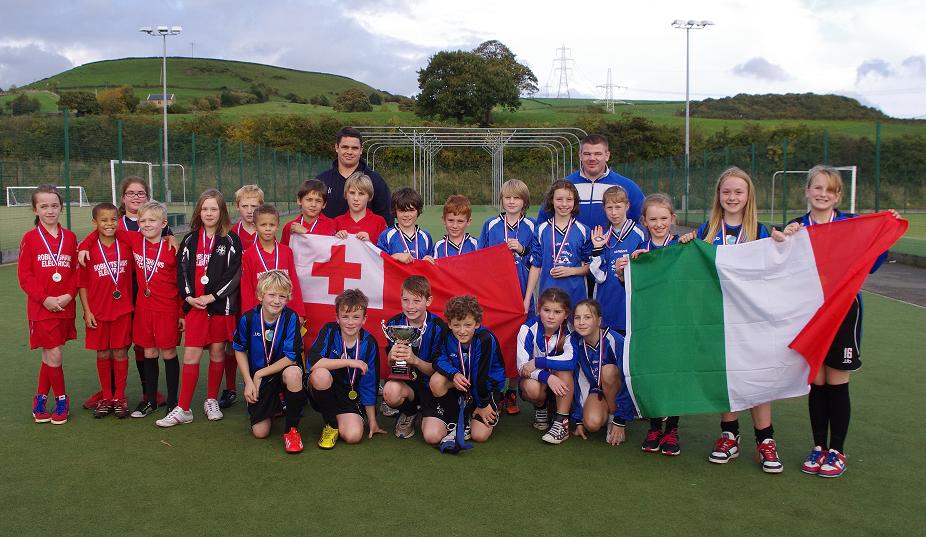 The afternoon started with a parade of flags of the 14 nations that are competing in the Rugby League World Cup, which kicked off on Saturday 26 October.

There were some great skills on show, watched by Halifax RLFC stars Scott Murrell and Adam Robinson, who presented the medals and trophy to the winning teams, accompanied by the Italian and Tongan flags showcasing the Shay Stadium’s Rugby League World Cup 2013 game.

“It’s fantastic to see so many children getting involved in sport. It’s really exciting that the iconic Rugby League World Cup is coming so close to where they live in just over a week’s time, and I hope it will encourage people across the borough to stay active.”

The following schools took part in the tag rugby festival:

The winners were Greetland Academy. In second place was Elland CE (VA), third was St Joseph’s and finishing in fourth position was Holywell Green.

Tickets for the Rugby League World Cup game are selling fast but you can still buy yours for the Shay by visiting www.rlwc2013/tickets(external link) or calling 0844 847 2013.