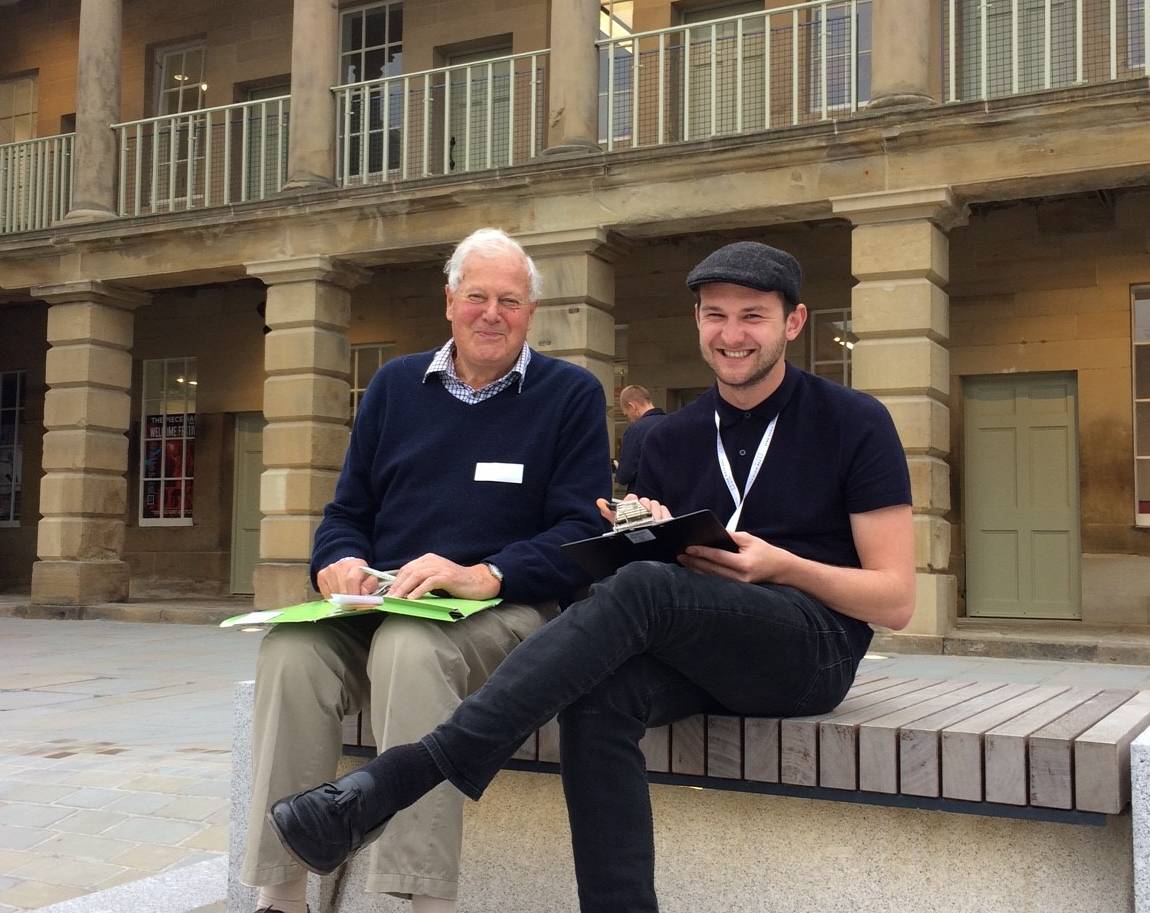 People are being asked to show their love for the outstanding Piece Hall transformation, by voting for the project in the prestigious National Lottery Awards 2018.

There’s just over a week of public voting to go in the annual search for the UK’s favourite National Lottery-funded projects.

The Piece Hall transformation is the only West Yorkshire project competing in the Best Heritage Project category, after beating off stiff competition from over 700 organisations.

“Transforming The Piece Hall was a visionary and courageous project, so we’re absolutely thrilled that the hard work of everyone involved is being recognised in the National Lottery Awards. A big thank you to everyone who’s voted so far. There’s still time to register your vote, so please show your love for this magnificent destination and get voting!”

“We are delighted that The Piece Hall has received so many major industry accolades and awards since its transformation. It’s clear that this wonderful building has captured the hearts of people not just in Calderdale but from across the wider UK and beyond. That this award is based on votes from the public means so much and everyone that’s voted so far has given us a huge boost in confidence as we continue to realise and deliver our vision of creating a well visited and highly acclaimed world class cultural destination that Calderdale, Yorkshire and the UK can be proud of. I hope that everyone who has visited The Piece Hall and love it as much as we do are as proud of being considered for this award as we are.”

The Piece Hall transformation was made possible by funding from Calderdale Council, £7 million from the Heritage Lottery Fund – thanks to National Lottery players – and support from the Garfield Weston Foundation and the Wolfson Foundation.

It has had an incredible impact since it reopened on 1 August 2017 as a world-class heritage, culture and leisure destination. Run by The Piece Hall Trust, footfall has exceeded two million. The transformation is attracting significant inward investment, making a major contribution to the regeneration of Halifax, strengthening the local and regional economy and putting Calderdale on the map nationally and internationally.

It is also making a difference to people’s lives.

Michael Ball, who lives in Halifax, started volunteering at the transformed Piece Hall as part of his recovery from drug and alcohol addiction. Michael said:

“Volunteering at The Piece Hall gave me a spring of life, rekindled and expanded my interests in cultural heritage and the arts and has been a step into normal living from my previous life. I learnt to feel comfortable being myself around others, and it made me feel part of the community.

“The heritage training at The Piece Hall made me look at Halifax with new insight. Instead of looking down I would look up at heritage buildings and sites around the town…It made me grateful to be alive in this country.”

Mark Richardson was made redundant from his 20-year career in insurance in March 2017. His lifetime love of vinyl records and the transformation of The Piece Hall inspired him to open Loafers there – the shop that he runs with his fiancée, Sarah, selling vinyl, music-related artwork, coffee, tea and cakes.

“I am so much happier working in Loafers and I love my job. We’ve had so many opportunities open to us since August and made lots of new friends. It’s great to be part of The Piece Hall story and see the difference the transformation project has made in Halifax.”

One of Loafers’ regular customers was 83-year-old George, who became good friends with Mark and Sarah. George had no family, so Mark invited him to spend Christmas Day with his family. George also received Christmas presents from other customers who had got to know him. In February 2018 George sadly passed away, and a mug featuring George’s likeness is now on sale at Loafers so that he will remain part of their story for years to come. Profits from the mug are donated to Age UK.