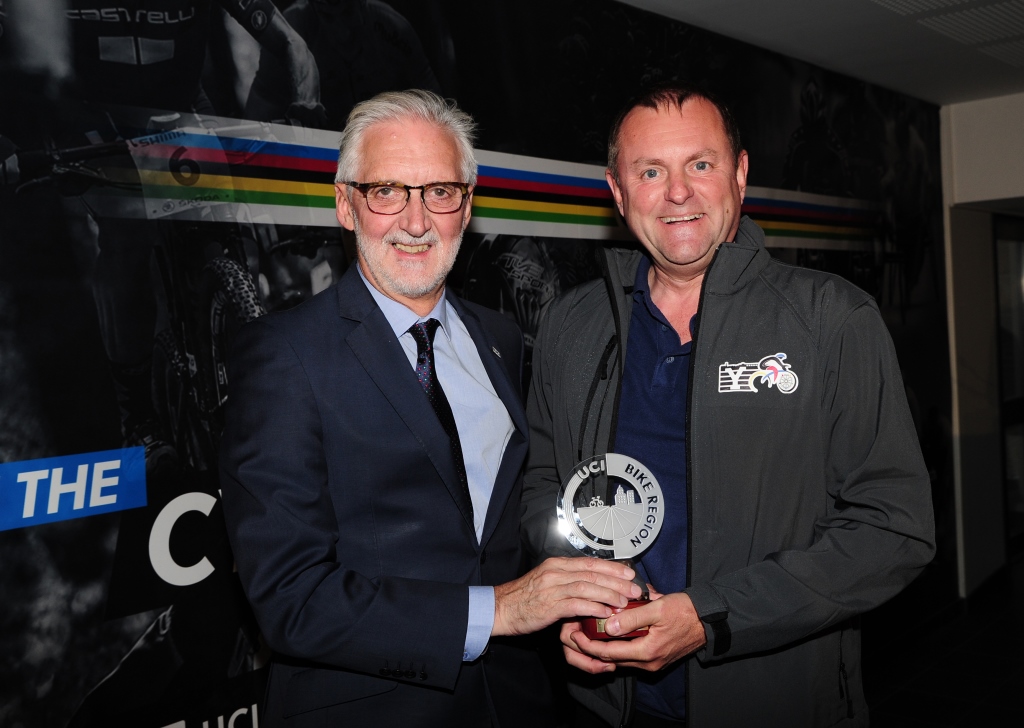 Yorkshire’s reputation as a world-class cycling destination has been further enhanced today by becoming the first place in the UK to be officially recognised as a UCI Bike Region.

The county was one of five cities and regions to receive the accolade this year along with Fyn (Denmark), Gelderland (Holland), Heusden-Zolder (Belgium) and Woensdrecht (Holland).

Only eight places have been bestowed the honour since they were relaunched in 2015, with Bergen (Norway), Drenthe (Holland) and Limburg-Valkenburg (Holland) each receiving one in 2016.

Of course, Yorkshire fits that bill perfectly, with the county implementing multi-year cycling strategies across its 22 Local Authorities which target events, infrastructure, training, education and tourism.

Headline initiatives include the £35 million Cycle Superhighway which now links Leeds and Bradford, and the 46 Yorkshire Bank Bike Libraries that Welcome to Yorkshire has opened since 2014 where children can gain free access to bikes.

2019 will also see the UCI Road World Championships come to the county, with 12 races taking place over nine days and 1,000 of the best male and female riders from around 75 countries set to compete.

“Yorkshire has deservedly won this recognition from the UCI. The honour is a testament to the hard work of all those involved in opening the region up to cyclists, and the lasting legacy from hosting the Tour de France Grand Départ in 2014 and the Tour de Yorkshires since.

“I know the people of Yorkshire will also get right behind the UCI World Road Championships in 2019 too that will further cement the county’s strong links to cycling.”

“We are very pleased to expand our network of UCI Bike Cities and Regions and I would like to congratulate the five new recipients for the excellent work they carry out in their respective communities to develop cycling in all its forms. They are shining examples of what can be achieved.

“We look forward to promoting their ambitious projects and hope these will inspire other countries to develop bike-friendly environments for their communities and visitors.”

“We are thrilled that Yorkshire has been granted UCI Bike Region status and it is testament to the great work that has been done – and continues to be done – across the county.

“The UCI award these labels to cities and regions that promote cycling, and use it as a way to create better, safer and more active communities.

“In Yorkshire we are doing just that and it’s tremendous news that our combined efforts are being recognised in such high quarters.”