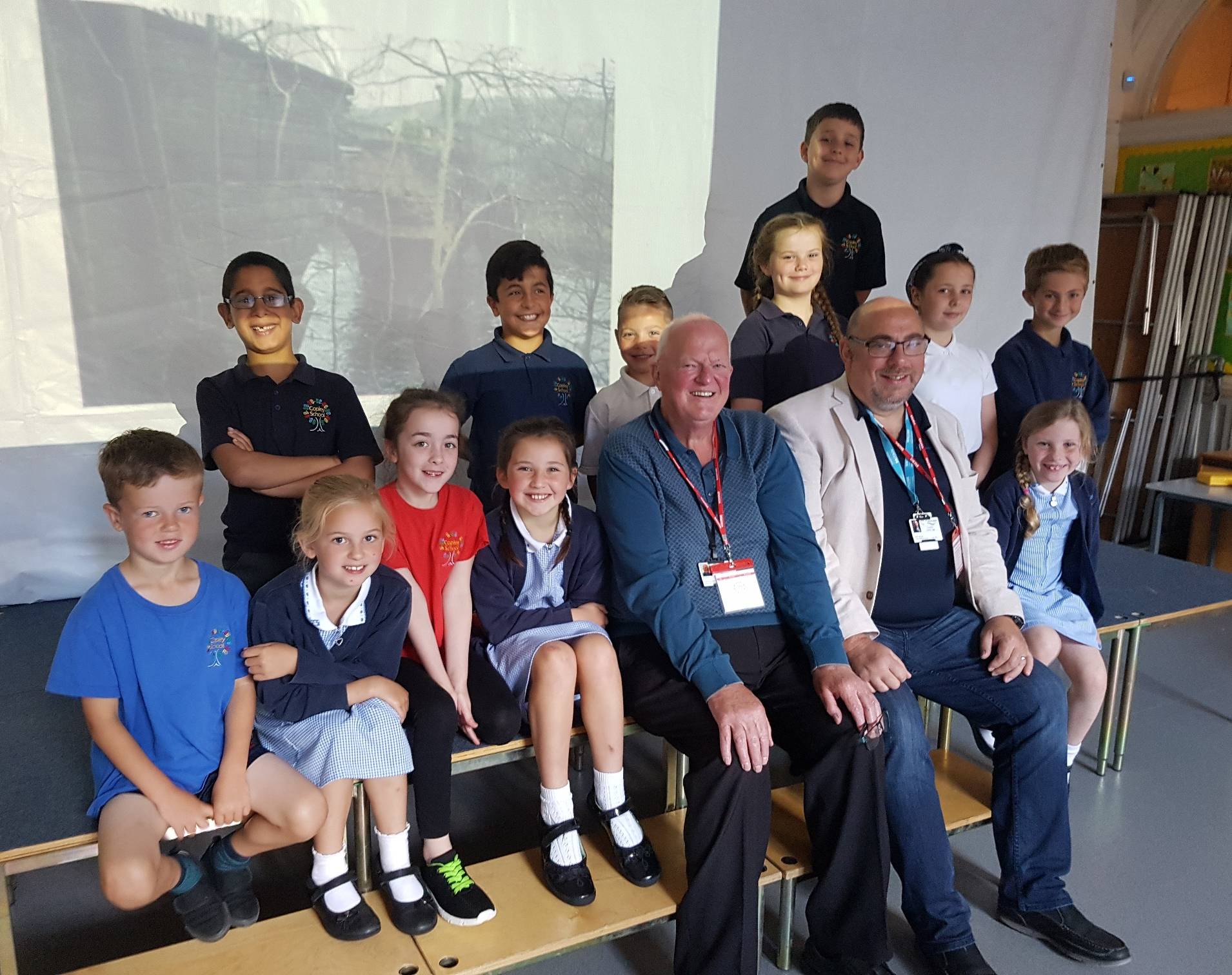 The new Copley Bridge will be named Wilson Bridge, after Mr Graham Wilson who lived at the adjacent toll house for many years until his recent death.

The name was chosen by children from Copley Primary School and the local community.

Calderdale Council is rebuilding the 185-year-old bridge after it was destroyed by the 2015 floods, and wanted to involve local people in renaming the historic structure.

The school pupils had a great time researching the history of Copley Bridge and the surrounding area, and created a poll for people to have their say on the new name for the bridge.

Wilson Bridge was the clear winner, with nearly 60% of the votes. Other contenders included ‘Calder Bridge’, ‘People’s Bridge’ and ‘Lucy Grey Bridge’ (according to local legend, her spirit haunts the nearby woods).

Copley Bridge was historically a toll bridge, and the pupils discovered from their research that Mr Wilson made many improvements in his time living at the old cottage. Mr Wilson also worked at Calderdale College.

To recognise the work that the schoolchildren put into the renaming, Calderdale councillors visited Copley Primary School on Wednesday 12 July. Pupils from the school council presented their research findings and the results of their poll.

“Work is well underway to reopen the bridge in Copley as part of the Council’s ongoing flood recovery work across Calderdale.

“The new name is fitting as it represents a key part of the bridge’s recent history. I’m especially happy with the decision to name the new bridge after Graham Wilson. Like lots of other local people I knew him for many years and was really saddened by his death.”

“The children on the school council have been so excited to be involved in the renaming of the bridge. The children came up with some fantastic ideas but the winning name of Wilson Bridge was a popular choice with the school community.”

The construction of the new bridge is reaching its final stages and is due to be completed by this autumn.

The Council is replacing the old toll bridge with a stronger steel and stone structure to reconnect the two sides of the valley. Once open, it will provide access for pedestrians, horses and non-motorised vehicles.

The original bridge was carefully dismantled in spring 2017 and the foundations for the new bridge have been prepared. Stone from the original bridge will be used on the new one, which is expected to arrive on site in the next few weeks. It will be delivered in three separate sections which will be welded together, then lifted into place across the river by a 350-tonne crane.

The work is being financed by Department for Transport flood recovery funding.