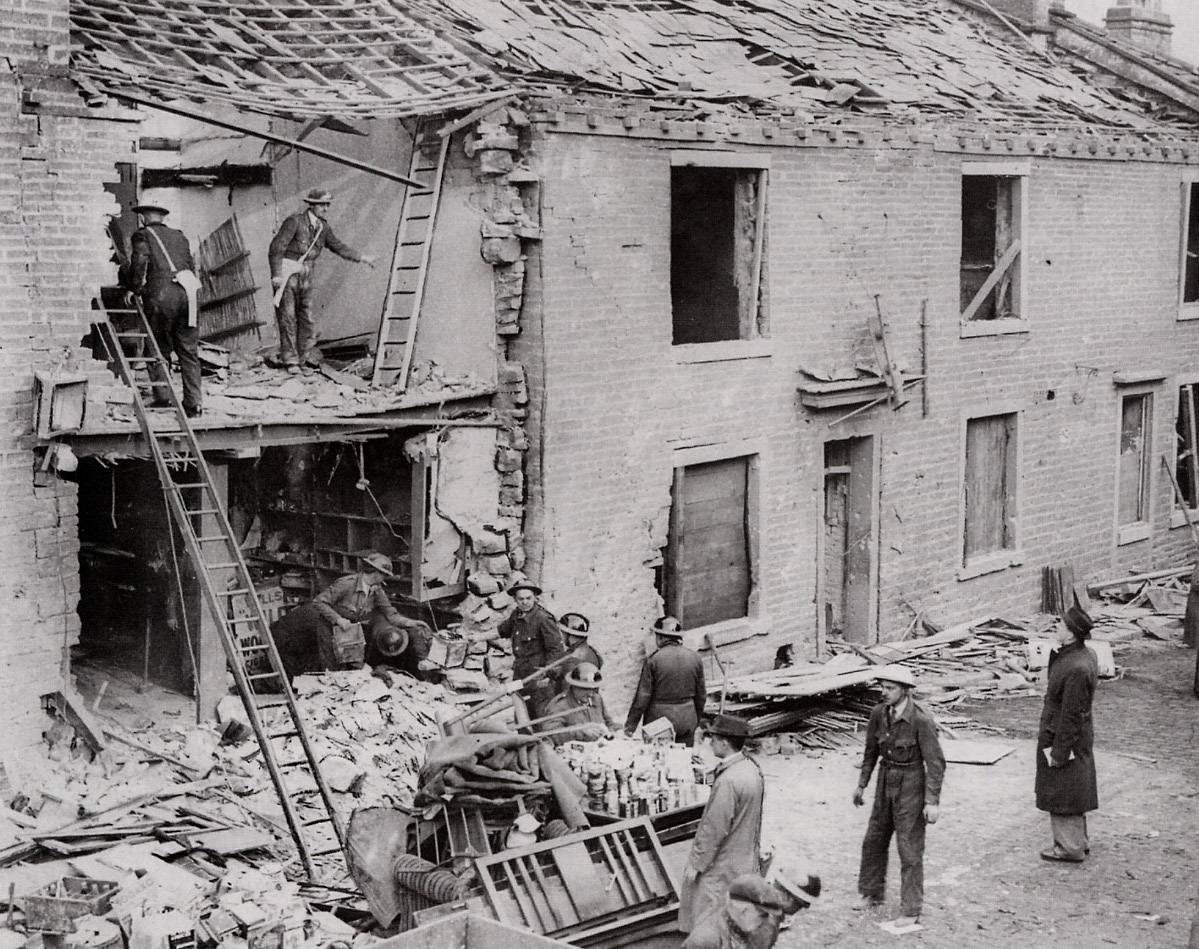 A new plaque commemorating the people affected by the Hanson Lane bombing during World War Two has been unveiled in Hanson Lane Memorial Garden, Halifax.

On 22 November 1940 a bomb fell outside 77 Hanson Lane, next to Crossley Terrace. In a densely-populated area with streets of terraced houses, the impacts were devastating. 11 people tragically lost their lives, 10 others needed hospital treatment and well over 500 properties were damaged.

Calderdale Council funded and designed the plaque after the local community expressed its desire for a lasting tribute. The Council’s Halifax Central Initiative team worked with Councillors and residents from Park Ward Neighbourhood Forum and local historian David Glover to create the new plaque, which the Mayor of Calderdale, Cllr Marcus Thompson unveiled on Wednesday 3 October.

Amongst the attendees were Ward Councillors and local residents, including Mrs Joan Hay who lived in the area at the time of the 1940 bomb and remembers the incident.

The ceremony was especially poignant for Cllr Thompson, whose grandfather owned Thompson’s Butchers on Hanson Lane. Eric ‘Sapho’ Pearson, the 16-year-old boy who worked there, was sadly killed by the bomb whilst waiting for the bus home after his shift.

“It was an honour, and very emotional for me, to unveil this new plaque. We know how important it is to the local community to highlight this historic event, which caused pain and suffering in Halifax, and to remember everyone who lost their lives.”

Hanson Lane Memorial Garden was created on the site of some terraced houses, which were never rebuilt, with the intention of remembering those who lost their lives as a result of the 1940 bomb.

The new plaque includes a list of the 11 people who tragically lost their lives, images of the severely damaged buildings and details of the bomb’s impacts.

The plaque is part of a wider partnership project to celebrate and raise awareness of local heritage in Park Ward.