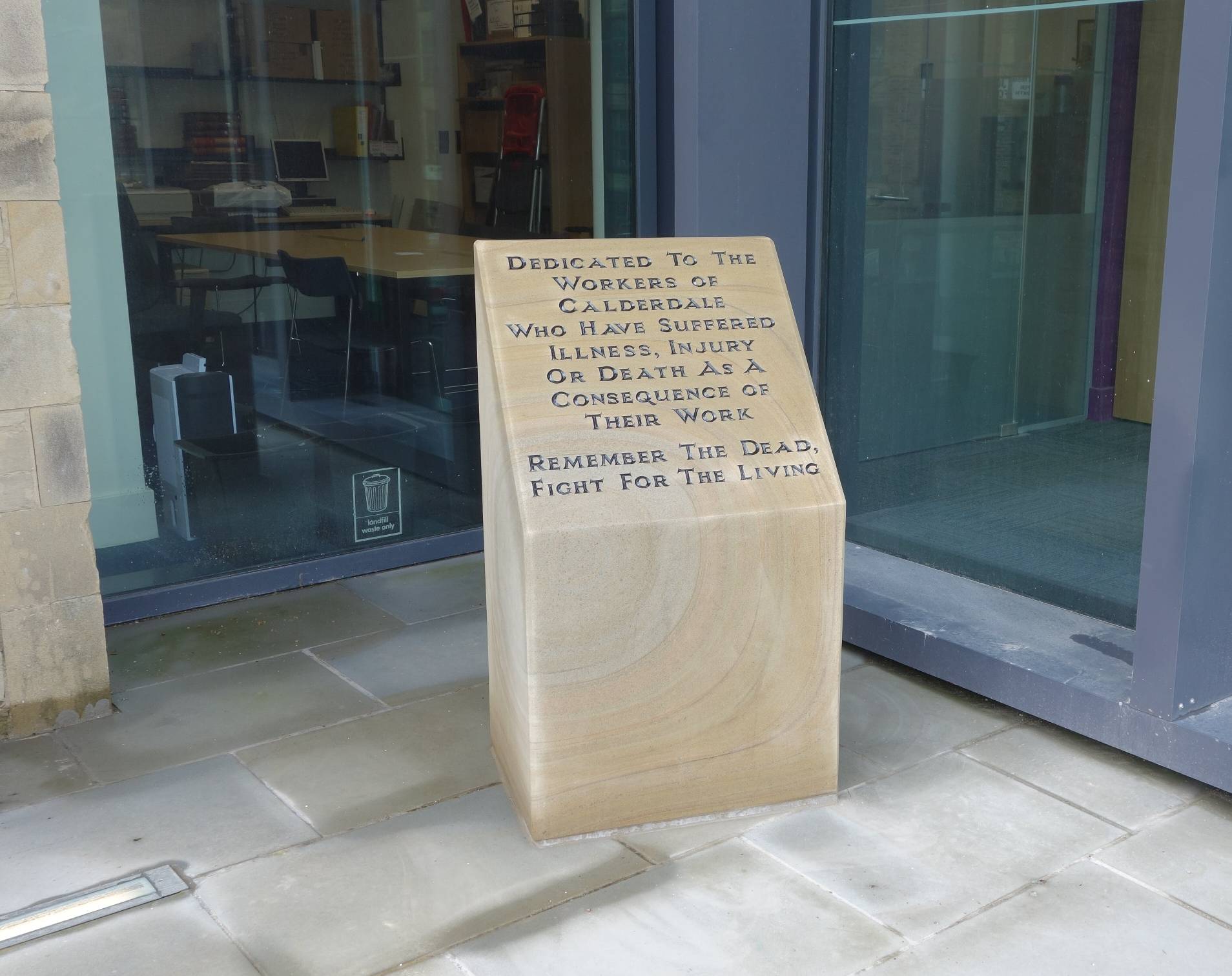 A new memorial honouring people who have lost their lives or been seriously injured at work will be unveiled in Halifax on international Workers’ Memorial Day (Saturday 28 April 2018).

Calderdale Council and Calderdale UNISON have joined forces to install a permanent memorial stone outside the new Central Library and Archives, to provide a lasting legacy to remember local people who have been injured or killed in workplaces across the borough.

The Council has funded the new stone, created by Marshalls, and will be responsible for its ongoing maintenance. The inscription has been agreed with Calderdale UNISON:

“Dedicated to the workers of Calderdale who have suffered illness, injury or death as a consequence of their work. Remember the dead, fight for the living.”

The Deputy Mayor of Calderdale, Cllr Jane Scullion, will officially unveil the memorial stone at an event being held by Calderdale Trades Council and Calderdale UNISON on Saturday 28 April from 12.30pm outside the Central Library and Archives, Halifax. Workers’ Memorial Day is held on 28 April every year and is marked throughout the world.

The commemoration will be followed at 1.30pm by the films Complicit + Greater Manchester Hazards Centre – International Workers’ Memorial Day + Michael’s Story – told by his sister Louise at the Central Library. These films highlight the tragic consequences when employers neglect the health and safety of their workers.

“The new memorial stone will give local communities the chance to remember their loved ones, friends and colleagues who have sadly suffered injury or death at work. It will also highlight the importance of ensuring that such tragedies are not repeated.

“The stone’s location in the beautiful surroundings of the Central Library and Archives means that it can be seen from within the library throughout the year, and local people will be able to gather for an annual memorial commemoration on 28 April.”

“Every year more people are killed at work than in wars. Most die because an employer decided their safety wasn’t an important enough priority. Everyone is welcome to attend the Workers’ Memorial Day commemoration and films on Saturday as we remember these workers as well as those who have been injured at or made ill due to their work.”

The Council has a dedicated Health and Safety team providing support and guidance to all Council services. No significant life-threatening injuries were recorded within the Council last year and no enforcement action was taken by the Health and Safety Executive.

The Council also enforces Health and Safety at work legislation in retailers, wholesalers, offices, catering premises, leisure services and consumer services. Its Environmental Health team investigates accidents and complaints regarding workplace health, safety and welfare, and offers advice to businesses and the public on the requirements of Health and Safety legislation and good practice.